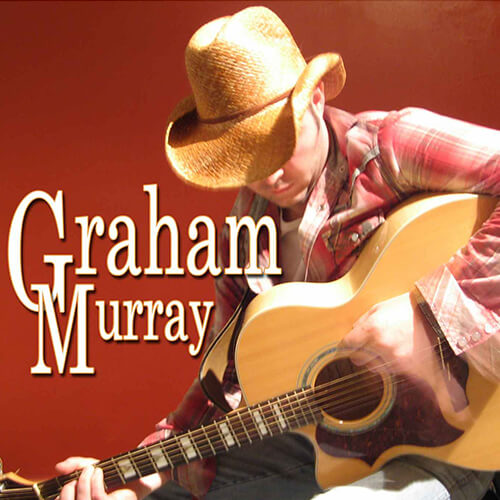 Do You Want To Dance:

Not The Only One:

Every so often, an artist comes my way and I have no real way of explaining what it is that makes me “relate” and even more so, I can’t compare them to other artists that they remind me of. When I was first introduced to Graham, a singer/songwriter from Co. Wexford, Ireland, I heard an artist that sounded very unique with an amazing potential in his music.

The tracks were originally recorded in Ireland with basic instrumentation to get the song structures and Graham’s vocals recorded. Graham wanted to have these songs reflect more of today’s “Nashville Sound” and was happy to give me the freedom to paint the picture that I had in mind. In order to do this, we all agreed that what needed to happen was to strip the tracks back to their roots and then build them back up from there.

Once I started working on the first song, “Forecourt Flowers,” I was convinced that my instincts were right. Not only were Graham’s vocals unique and strong enough to hold up to the “Best,” what at first seemed to be a very simple track, took on a whole new flavor once we got into remixing/mastering and adding additional instruments from some AMAZING Nashville icons.

I brought Debra in because when I first heard Graham’s voice, I felt both Debra and he would compliment each other. Debra’s voice brought a feminine, yet strong flavor to Graham’s very powerful and husky voice and to the overall sound of the EP.

This project brought a talented singer/songwriter from Ireland together with musicians from “across the pond” to create an album of material that is sometimes thought provoking and uplifting, with catchy melodies and lyrics and is uniquely Graham Murray.