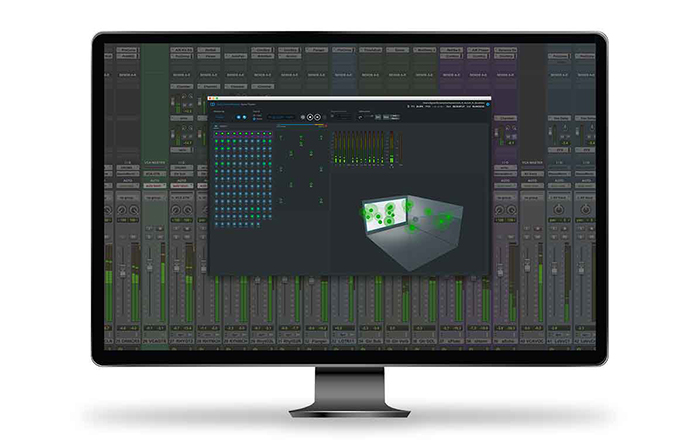 “This is a completely new way to create and experience music, freeing artists to be more expressive and experimental with their recordings. Dolby Atmos Music envelops the listener, bringing you inside the music and creating a visceral ‘wow.’”
— GlobeNewswire

Dolby Atmos has been evolving quietly in the background for the past few years. I have been watching this take form to the point where it has now become a reality, currently being supported by Amazon Music HD and Tidal. Sony 360 Reality Audio (RA) is being supported exclusively by Deezer and both 3D immersive formats have releases from many celebrity artists participating from a wide variety of genres.

Dolby Atmos has now become the new sought-after 3D immersive audio format. It offers a “one size fits all “mix, which enables 1 audio file / stream to be converted to any hardware source automatically so that it will detect whether the listener is using stereo, 3D binaural, headphones or 7.1.4 Dolby Atmos format (7 speakers, 1 sub and 4 ceiling speakers) and higher. With Dolby Atmos 3D immersive mixes, you are now able to listen to a mix and feel like you’re sitting right on stage with the band, or like you’re at a live concert, giving an entirely new audio experience!

In May 2019, Dolby and Universal Music Group (UMG), the world leader in music-based entertainment, announced a landmark partnership to remix thousands of songs from their diverse list of artists and genres in Dolby Atmos.

Over the last year, there has been a huge influx of established “name” acts of all genre’s joining in and having their stereo mixes converted to Dolby Atmos and production studios like NETFLIX are already streaming many of their movies and TV shows in the Dolby Atmos audio format. By having content available now, in a market that has ONLY just begun to take off (unlike how immensely over saturated and competitive the stereo market place is), gives one a head start in being ahead of the curve and being seen above the noise for more opportunities than just selling or streaming music. It will certainly be more attractive to post houses wanting to license music that is Dolby Atmos ready!

In short, with the world leaning on technology more than ever due to the worldwide pandemic, and theaters as we know them, struggling, the film industry is now releasing their new movies in the theatres and simultaneously through streaming services such as HBO Max.

Read More From the Hollywood Reporter

To fill the void with the theatre experience, I believe more consumers will invest in home theater surround systems for their movies. If they can simply switch from streaming a movie on HBO MAX and then simply switch to a different app and hear Dolby Atmos music streams on Amazon HD, Tidal or Deezer and hear the same 7.1.4 3D immersive experience, why wouldn’t this be a GREAT asset and opportunity for the artist, the record company and the music business in general?!

It’s no secret that music has been devalued to the point that it’s almost expected to be available for free to stream with no real substantial residual income/performances paid to the artist. HD (16bit 44khz) – ULTRA HD (24bit- 44khz and upward) has been an attempt to bring more value to music and to the consumer. In my opinion, this has limited appeal since we’re dealing with many people that have been ok with mp3 quality audio so, a higher sample rate may not be enough incentive to value any major change. But… the new Dolby Atmos 3D immersive Ultra HD format is that as well as an entirely new audio experience, no matter on headphones (in 3D Binaural) to Dolby Atmos 3D surround speaker formats such as 7.1.4 and with that said, I believe this will lead to new and exciting ways for artists to yet again, be able to earn money from their intellectual properties!

Please get in touch with Jeff Silverman if you would like to discuss mixing your next project in Dolby Atmos 3D immersive audio!

Below are some helpful resource links:

TIDAL and Dolby Bring Dolby Atmos Music to the Home

The Rise of Dolby Atmos for Music