In Memory of Barbara Silverman 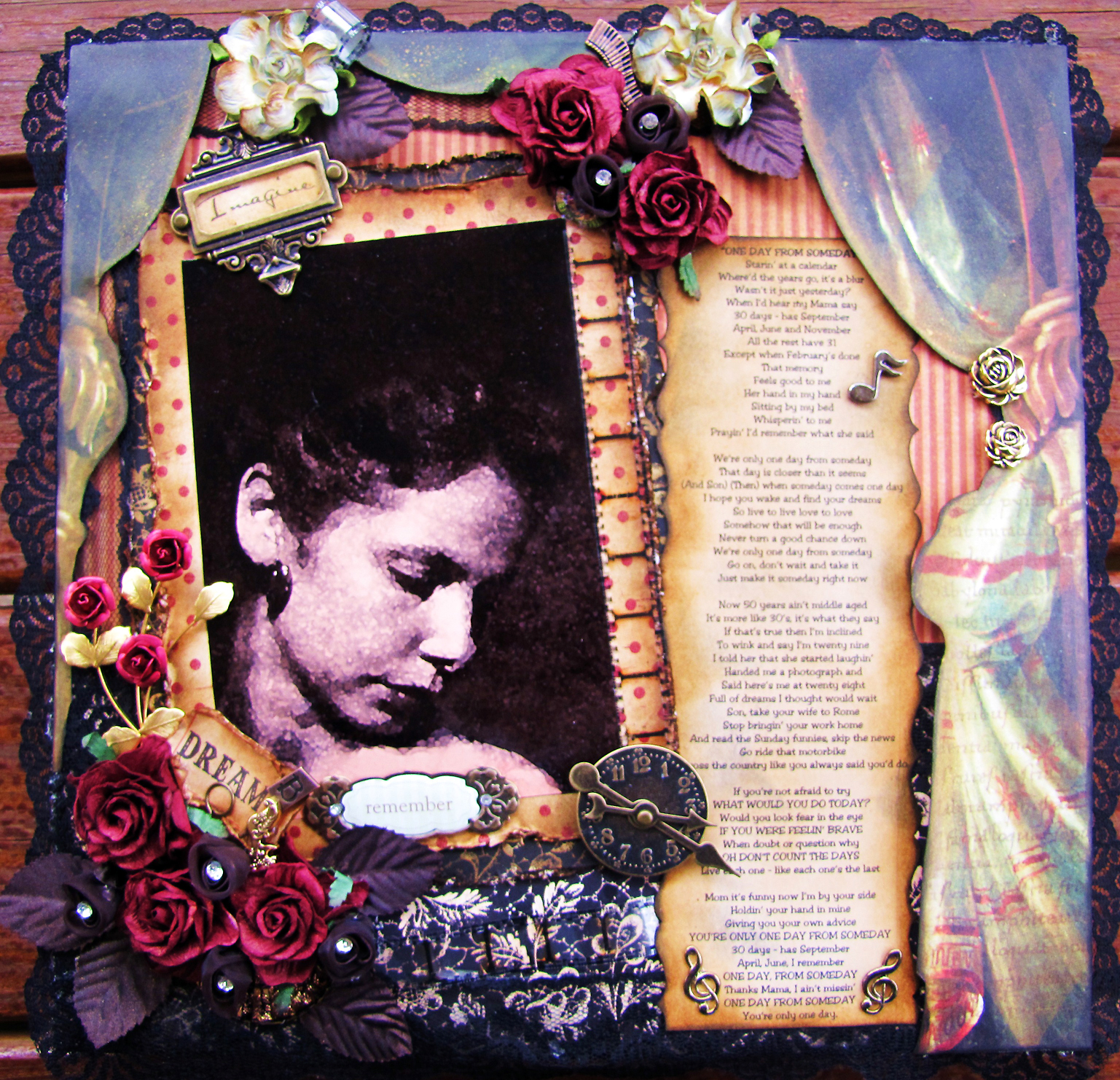 “One Day From Someday”

I had just begun co-writing this song with Michael Peterson and my Mother announced her illness to the family. I then asked Michael if he would mind helping me turn a track that I had written with Paul Rucker over to a lyric version. Without any hesitation, he agreed and we were on the case.

It took a solid 2 days of going back and forth on this until we finally felt we nailed the lyric. Mission accomplished. It not only inspired me, my Mother, Michael and Paul, but several other people in need of encouragement and emotional support.

One person who was very moved by the song, was a friend of mine, Amy Brown Varrato. She and I talked in great detail about the song, my Mother’s background, what she was going through day to day and the true to life experiences that made this song even more real to me and real to my Mother.

Amy captured the artistic side of my Mother with this amazing artistic and inspiring decoupage picture that she crafted. Amy is an incredibly talented and thoughtful person to bring this picture to life. I will always be grateful for all her unconditional kindness.

Barbara (aka Me Mum) was not only the one to inspire creativity, but she came from this background as well. She went to Summer Stock after college and became very close to a very talented actress, Geraldine Page. She and Geraldine eventually went to New York together and very much like the movie the “Turning Point,” my Mother gave it her all, but something just didn’t click, so she opted to go back to her hometown in Kittanning, Pennsylvania. Geraldine went off to become a very successful actress.

Me Mum then met up with my Father, married, immediately became Mother to his seven year old daughter whose mother died at childbirth, and then proceeded to have 3 more kids. She gave up her dreams and aspirations to become a successful actress and opted for “the family life.”

She always kept herself active in local theatre and even had her own radio show in our small town of New Castle, Pennsylvania, but something was always nagging at her that she never did succeed in the creative side of her life. I think that’s why she inspired each one of us to follow our dreams and to not ever give up hope. We are all only “One Day from Someday” or one day from reaching our dreams, a miracle.