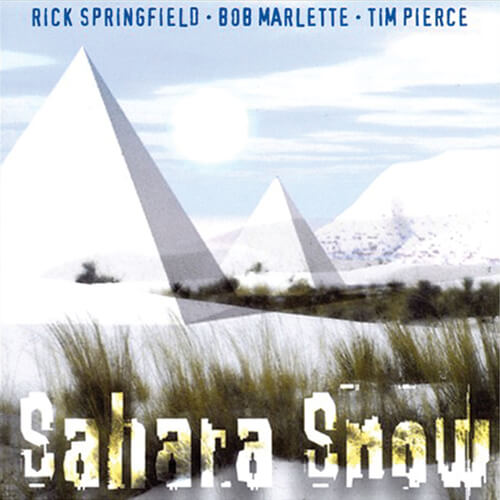 Sahara Snow is a project featuring Rick Springfield, Bob Marlette, and Tim Pierce. Springfield, Marlette and Pierce co-wrote the majority of the songs on the album and Marlette played all keyboards and percussion with Tim Pierce on guitars and Rick singing the vocals.

Long-term friend and co-writer Jeff Silverman worked with Rick on the songs “Rovianne” and “Somewhere.” These two songs feature Rick and Jeff on all instruments and vocals and are more of a “Classic Rick” sound.

The original version of “Somewhere,” Jeff co-wrote with Aeone – who also performed the song. Rick Springfield heard it and loved it, then wanted to use it for the “Sahara Snow” album. With a slightly re-worded lyric by Rick and using the basis of the original track Jeff produced, the song was turned into a great ‘Rick’ version of the song.

Later, “Somewhere” was remastered by Jeff and appeared on the“From the Vault” release by Jeff and Rick.

Jeff and Aeone’s original song, was also the featured love theme for ‘Michael and Laura’ on the hit NBC series “Santa Barbara.”

To hear more about Rick Springfield and Aeone’s version of Somewhere, click here.