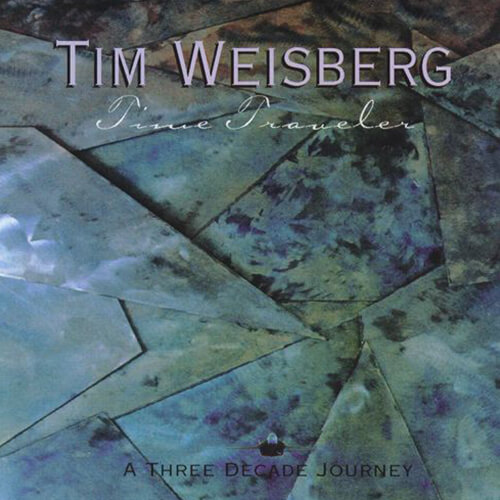 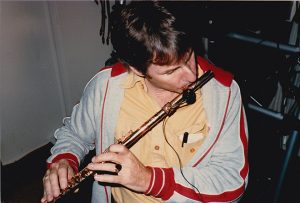 Tim and I met by accident thanks to the Golden Bear in Huntington Beach, California. I went to this gig to hear a friend of mine who was playing guitar with Al Stewart. I told the person at the ticket booth that my name was Jeff Silverman. There happened to be a music reviewer of the same name in the area at that time so they thought that I was him and they gave me first class tickets in the front row. I was ready to watch the show and one of the waitresses came up and asked if I would mind if someone sat next to me and I said, “No, not a problem.” And, it was Tim Weisberg! He obviously thought I was the other Jeff Silverman.

He and I talked after the show about what I was doing in my career and he was very interested in the fact that I was writing and producing a lot of synth / electronic music and singing so he said lets get together and talk. One thing led to another and we started to actually record a few things together. He loved it so much he decided that he wanted to make an album with me being the featured lead vocalist, head writer, producer and engineer. We did the album called “High Risk.” 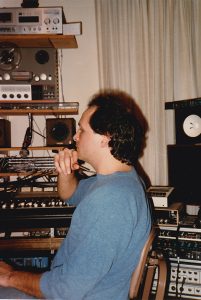 At that time the Linn Drum Machine was just coming out with the new Linn 9000 and there were a lot of companies that believed in Tim and his passion for technology. He was one of the first to start incorporating an electronic interface with his flute so he could actually trigger / play synth sounds at the same time, which “High Risk” has a lot of. We had a lot of companies that were giving us new equipment to play around with and I was basically setting up this incredible studio in a small 12 foot by 12 foot bedroom with all kinds of things from new equipment from drum machines to new boards to new digital reverbs from Lexicon to all kinds of beta testing hardware.

We made the most incredible album in the most confined space I’ve ever been in in my entire life. But, we made the record and mixed most of the album there. It’s an album that I am personally very proud of because it gave me the opportunity to be a featured artist along with Tim. Even though I wasn’t co-billed with him, you can see from the record that I sang several songs as well as writing the majority of them. It was a great experience and I will never forget it. 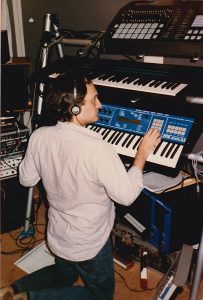 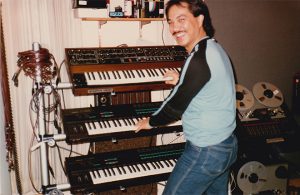 Tim Weisberg is one of the pioneers in rock/jazz fusion whose incredible career includes 20 albums on the biggest record labels in the business including A&M, Columbia, Warner Brothers, and MCA. He has sold over 5 million albums and played some of the largest venues in the world. Two of Tim’s albums are collaborations with the gifted singer, songwriter, Dan Fogelberg, which include their platinum album, “Twin Sons Of Different Mothers,” containing the hit “The Power of Gold.” Tim’s bands are legendary and have been known as a proving ground for the likes of David Benoit, Art Johnson, and Chuck Alvarez. Although he is classified by the recording industry as jazz, Tim’s music has always been somewhere between rock and jazz.