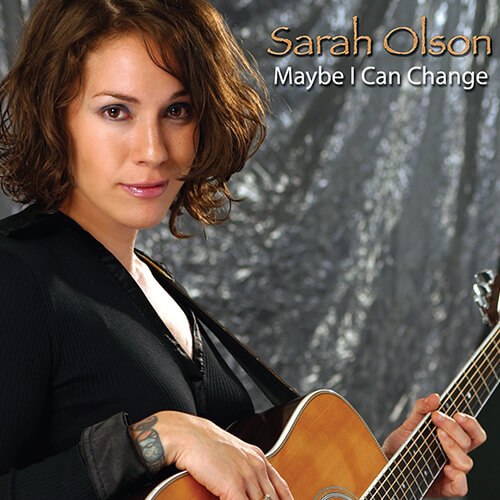 Sarah Olson - Maybe I Can Change

Sarah is a singer/songwriter from Southern California. When Sarah first came to me, she wanted me to produce a CD with full band production but, wasn’t sure on the exact direction. She did know she wanted her arrangements to be easily translated down to just a guitar and vocal.

Artist development played a big role in capturing Sara’s vision. As an artist, she knew the general area we were going, but needed options and alternative ideas and parts in order to find her new sound. When you listen, I think you’ll immediately hear the key to her sound, songs and performances. It’s honest and timeless.

For more information on Sarah and hear her CD, please click here.

Sara describes her music as alternative folk music with an edge.

With soulful vocals and a universal message, Los Angeles-based singer songwriter Sarah Olson has found a growing fan base and caught the eye of established singer songwriters in California. Her first set of songs, released on iTunes in December 2005, rose on the folk chart immediately, landing her in the top ten along with Bob Dylan and Cat Stevens.

Olson recorded her first album, “Maybe I Can Change” with Producer Jeff Silverman in his studio, Palette MSP, Nashville TN. It includes three of the four original songs from the short album.