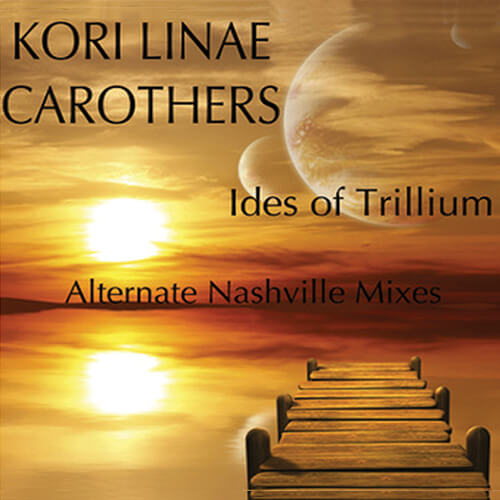 Kori and I spent quite a lot of time brainstorming pre-production ideas for this EP. The M.O. was to “explore,” so the door was WIDE open for creating a new sound for her songs. It was great teamwork to say the least. The goal was to also bring about a higher energy than she had ever had in her previous projects.

It was an inspired journey with awesome positive energy attached throughout (which I genuinely feel translated to the music). I do thank Kori for all her trust in letting me have the freedom to “paint” the initial picture for each song. We worked brilliantly together throughout this project and hooked up remotely via for a lot of the post mix / mastering tweaks.

“Tangled Up” initially had a version without the lead guitar. Kori called me one day and said something was bothering her on that song and that the “hook” line wasn’t defined enough. After talking it out, lead guitar seemed to be the best option.

I immediately strapped on my guitar, hooked Kori up via Virtual Studio Networks” (VSN) and began doing overdubs in real time, with me in Nashville and Kori in her home studio in California. We rocked it!! You can read more about “Tangled Up” in the Before & After section on this site.

On Saturday May 11, 2013, Producer/Grammy Winner William Ackerman was present to see the nomination(s) of “The Gathering” a collection of songs from artists he has produced over the years, at his Imaginary Road Studios in Vermont. Kori Linae Carothers track “Carpe Diem- Featuring Aeone” is on “The Gathering”. Carothers worked with Producer Jeff Silverman and vocal artist Aeone in Nashville before taking the track to Imaginary Road Studios. ” We all have won today”, says Carothers, ” Everyone that worked on Carpe Diem, created a beautiful track that expresses to seize the moment. Thanks to Will Ackerman, Engineer Corin Nelsen, Tom Eaton and producer/engineer Jeff Silverman. These guys gave their very best. Aeone did an excellent job lending her voice to the track. I’m so honored that my music was picked to go on “The Gathering.”

Kori Linae Carothers is a composer and musician from Mission Viejo, California. Her influences are wide ranging and include bands like the Beatles and Led Zepplin to Beethoven, Mozart and Mannheim Steamroller. Her main instrument is piano and her music infuses electronic and acoustic sounds.