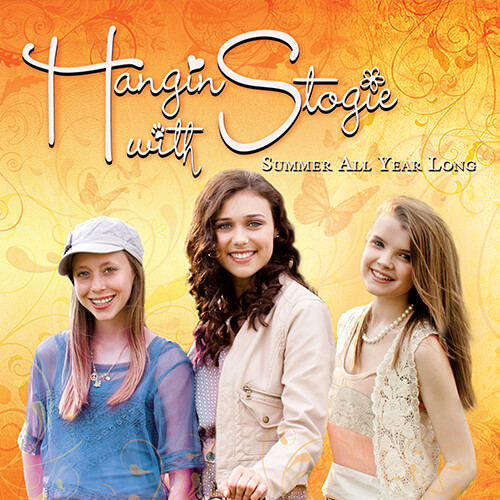 Comments:
When I was first asked my thoughts about Hangin With Stogie, I said, “There’s MUCH untapped potential with the girls and their songs (“American Soul” being one of my favs) but… I’m losing them in the mix.” I also felt the arrangements were not as complimentary to their vocals nor as current pop country sounding as they could be. The arrangements needed “encouragement” to fit more easily into the Taylor Swift, The Band Perry, Wreckers, etc. marketplace.

In addition, especially in the case of “American Soul,” that there were many colors missing from the production / arrangement – it needed more “earth” in sound and instrumentation. “American Soul” has the same potential for crossover “Americana / Pop / Country” appeal, not far from bands that are currently doing very well, such as Mumford and Sons and The Lumineers.

Overall, I felt the vocal performances (especially the backgrounds on “American Soul”) needed a lot of attention and TLC. I made all my suggestions and recommendations to 9 of the 10 songs that were previously recorded and before I knew it, the band (and parents) from Fredericksburg were all on their way to Nashville to come and record! Such a great uplifting experience working with the girls (and by default, the parents!). That energy went right into the songs!

I ended up revamping all 9 songs on the CD and producing their first single, a Bob Dylan remake, “It Aint’ Me Babe.” I brought in some incredible musicians from Nashville such as Tim Lorsch on Strings (played with artists such as Kenny Chesney and Keith Urban), Jeff Taylor (from the incredible band “The Time Jumpers with Vince Gill”), tasty guitar playing from 18 year old Tyler Reese, Troy Klontz (former steel player for Brooks & Dunn), Steve Stokes (fiddle from John Montgomery and Josh Turners band) and more.